What a great tradition and fun contest to CD. I have to admit, I do enjoy it. I really like trying to come up with a group of events that are unique, challenging and fun. It’s really hard to come up with something that no one has ever done before. I bet I’ve participated or CD’d in at least a hundred fun fly’s. Thus, I’ve pretty much seen it all. At the same time, I’m also drawn back to a couple of favorite events that stand the test of time.

It was a typical New Year’s Day. Snow on the ground, temps in the low 40’s, a little sunshine and hardly any wind. To many of you that may sound rather miserable, but to a dozen or so die-hard’s, those are pretty good conditions. As long as there’s a little sunshine and no breeze, that’s pretty balmy here in good ole CO. I’ve flown in worse conditions for sure.

As is often the case, the challenge to having the FFFF is having the road passable and the runway plowed. That almost didn’t happen because of the 12” of snow we got 3 days prior, followed by high winds which drifted over the road that night (Thursday). Thanks to Ernie Stoos, the runway was plowed the same day it snowed. And thanks to a rather unfortunate, but fortuitous, set of circumstances the following day (Friday), the road was cleared by our good friends at Pioneer. Had it not been for the large front-end loader operator at Pioneer, the road would have been a pretty significant problem for most 2WD vehicles (and even some 4×4’s) on Sunday.

There were 11 contestants signed up for the contest. As usual, there were 3 events including a ground event and 2 flying events. The ground event this year was something completely different (and new) using an old implement. The implement was Lanny Hansen’s infamous metal ramp. This thing has been around since the 80’s. To quote Lanny… “it was designed so that a 60-sized pattern plane (with tricycle gear) could go up and over without hitting the prop”. That’s right, in those days, occasionally someone showed up to a fun fly with a ballistic pattern plane! The flying events were 2 of my old favorites, you guessed it, the “bomb drop” and “limbo”.

Back to the ground event. This year, I decided to try something new using Lanny’s old ramp… I call it the “Ski-jump”. Contestants were given 30 feet to get up a head of steam before hitting the ramp, then were required to cut the motor before hitting the ramp, and then glide as far as possible. Now that all sounds very easy… except, the darn ramp is only about 3 feet wide. Thus, it takes a little finesse to stay lined up with the ramp at a high rate of speed in order to get a good jump and glide. Results ranged from a low of just a couple of yards to the winner, Brian Gates, at 31 feet using one our Club Trainers, an “Aeroscout”. Which makes for a great story!

The bomb drop is always fun because it usually brings out some rather unique or unexpected methods for dropping the flower sack. This year, I saw something I’d never seen before… a “3D” bomb drop. Ernie Stoos pulled up into a hover right over the cross-hairs (i.e. the “X” on the ground) and managed to throw the bomb out, from a vertical position, to a winning distance of 21 feet. That was truly an amazing feat of skill!

The limbo, to me, is another great test of skill. Navigating between 2 poles and trying to sneak under a paper ribbon is both difficult and a little intimidating. You really have to know your plane, and there is very little luck involved. The process of starting high and then lowering the ribbon, tends to narrow the field to just the a few contestants that really have command of their aircraft. When we got down to the lowest level only 3 guys remained: Lanny, Ernie and Brian. Lanny prevailed, clearing a height of barely 2 feet.

Brian (who is also our CFI) showed up to fly on New Year’s Day, but not to necessarily participate the fun fly. Mike Jasiewicz, also an instructor, had crashed his FF plane the day before. As a result, Mike and Brian shared a Club Aeroscout for the FFFF. A rather creative and elegant solution. And, as luck would have it, the Aeroscout turned out to be very serviceable fun fly plane (who’d a thunk it?). I guess any plane, in the right hands, can be a deadly weapon!

Brian would go on to take 3rd in the bomb drop and tie for 2nd in the limbo, to win the coveted FFFF trophy. But, here is the really fun part… Brian had no idea that if you win the FFFF, you’re obligated to CD it the next year (gotcha). A fact, BTW, which often disincentivizes contestants from trying their hardest to win (LOL)! Brian had no such hesitations and earned his spot on the much-coveted or maligned (as the case may be) trophy.

I’d also like to give honorable mention to a new, young, up-and-comer, Landen Jekel (i.e. Rodger Barsch’s grandson). Watching Landen compete reminded me of watching Rodger’s son, Cory, about 35 years ago. They both exhibited amazing skill at a young age (it must be in the genes). Landen and Rodger also shared a plane, Rodger’s FLEX Innovations “Potenza”. Landen acquitted himself very well having only recently solo’d this past Spring. Landen is also showing some remarkable pattern skills with grandpa’s Mythos. 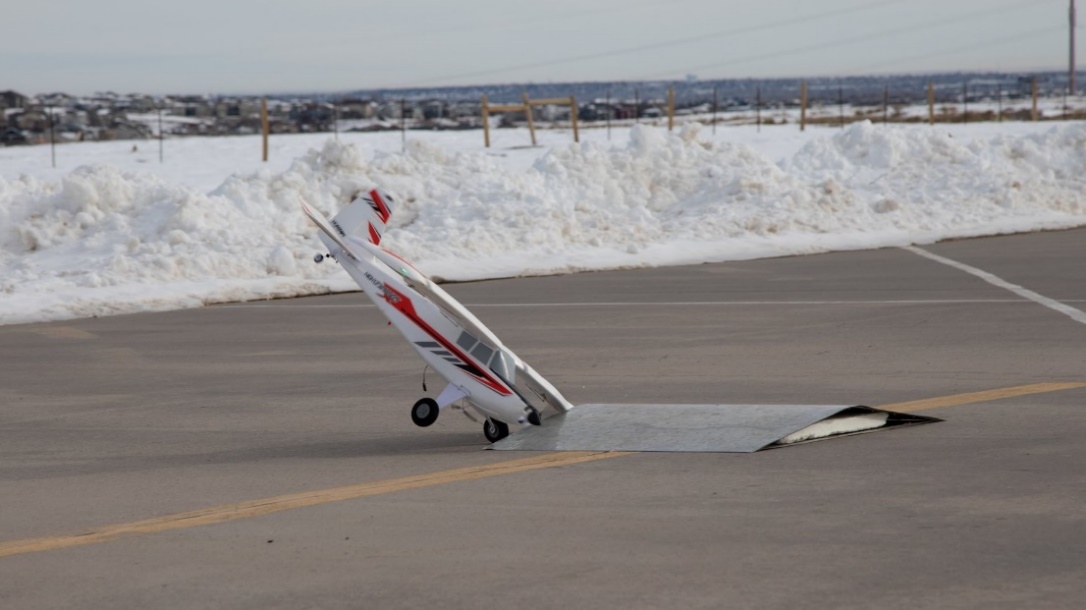 Duane Gall and his “Dewey” Polaris were very competitive!

Keep your eye on the little ball! 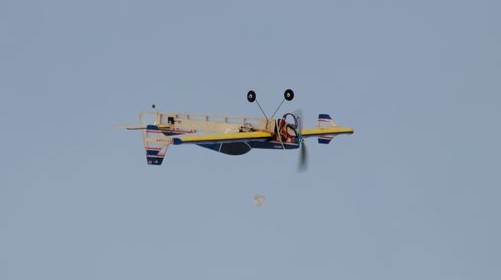 Keep your eye on the little ball! 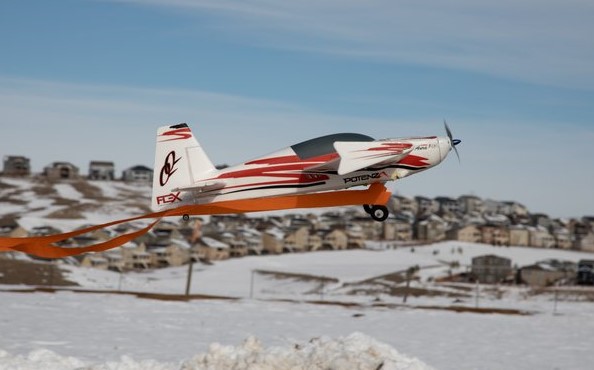 Landen taking a victory lap with the limbo ribbon! 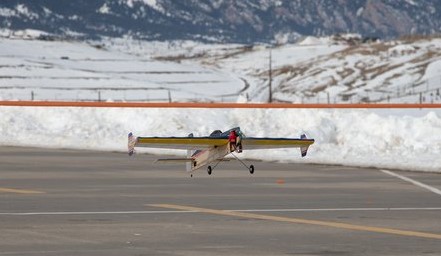 There is really low (Lanny)… 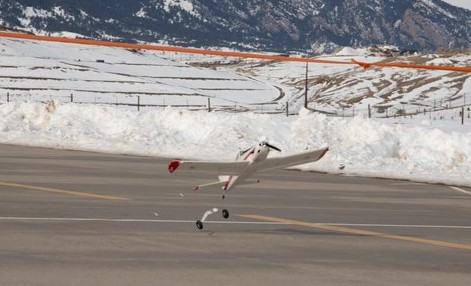 And, then there’s too low (Steve)! 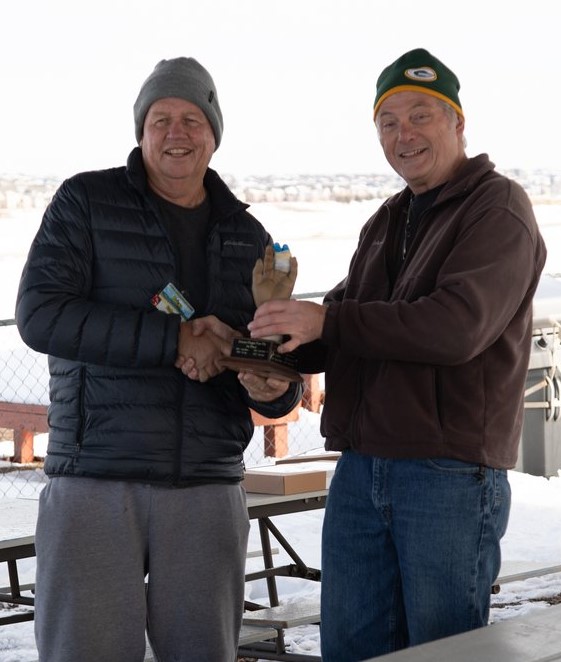